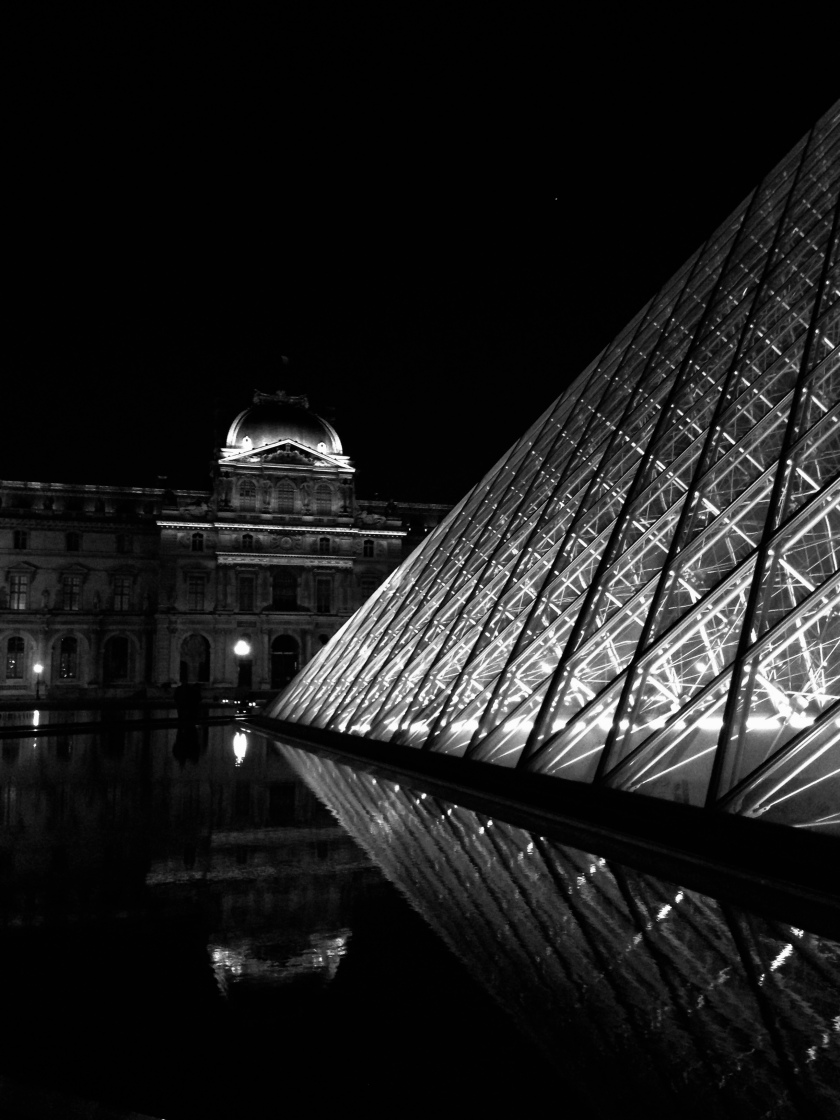 This was a more difficult challenge than I’d expected. I do love things being all neat and tidy. You should see my color coded post-its. Still, much of the photography I do is of nature–and not that there isn’t a certain order to nature, but that’s not the type of “order” that the prompt seems to be asking for. 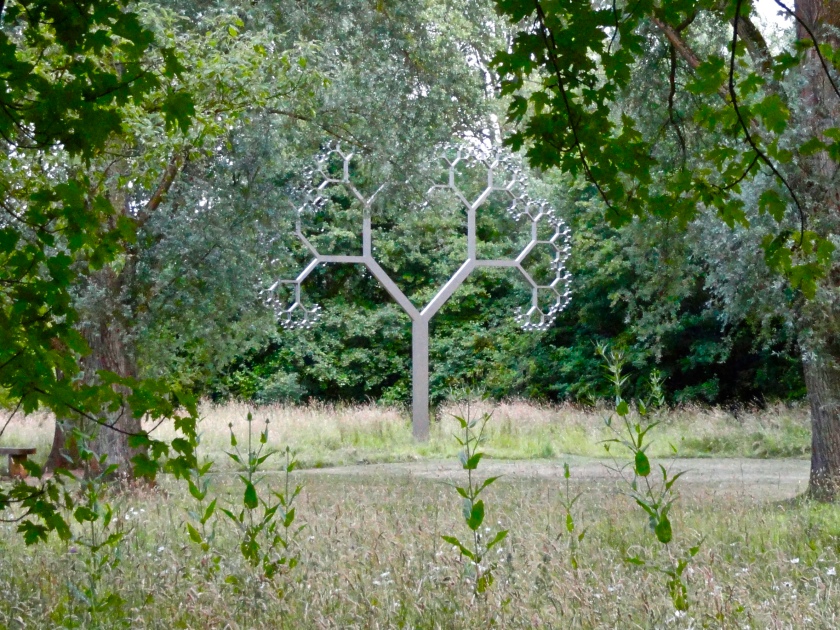 Although this fractal tree hidden among the real trees in Oxford certainly does capture the ideal order of nature. 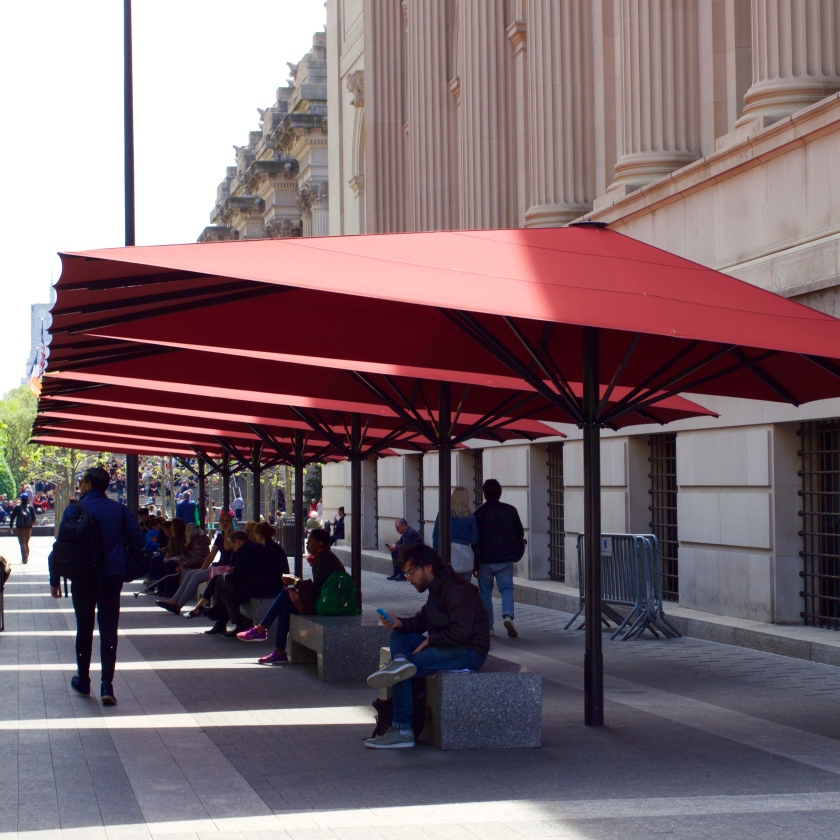 Urban photography, too, falls short of the lofty goal of order. Although I do like this scene outside the Met. Those umbrellas look like they should tip over but they stand in a neat little row instead.

But looking through my old photos I found a few pictures, like this one of the trees in the garden near the Louvre, that work nicely. Forgive the image quality, many of these are from point and shoot cameras and iPhones.

And of course, while we are at the Louvre, the Glass Pyramids say order pretty well. 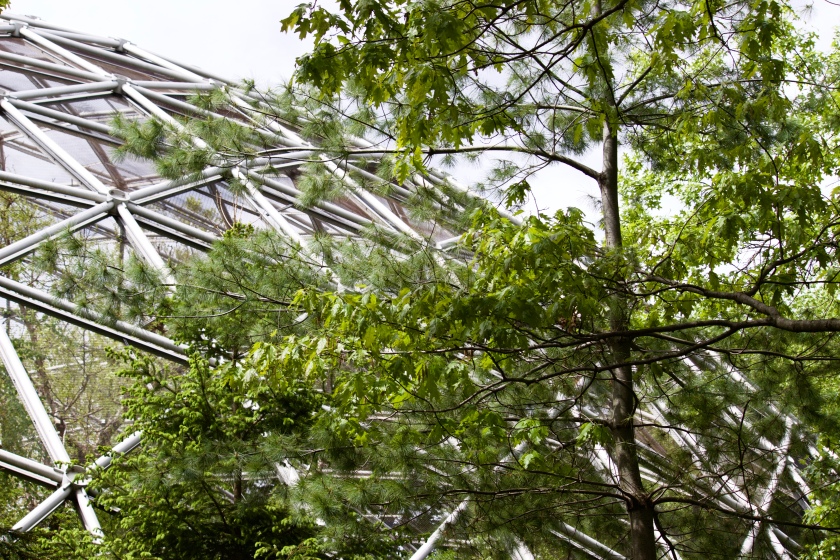 So does this lovely geodesic dome at the Queens Zoo. It currently houses the zoo’s birds, but it used to be part of the World’s Fair showcase.

Back over the pond, these columns and the large waterfall tower in Cardiff say order (they also say “Torchwood” if you happen to be a nerd like me).

Although, the many abbeys and castles of the British Isles say order even better. Look at those neat, orderly windows, and the little statues in the niches under the perfectly pointed spires. 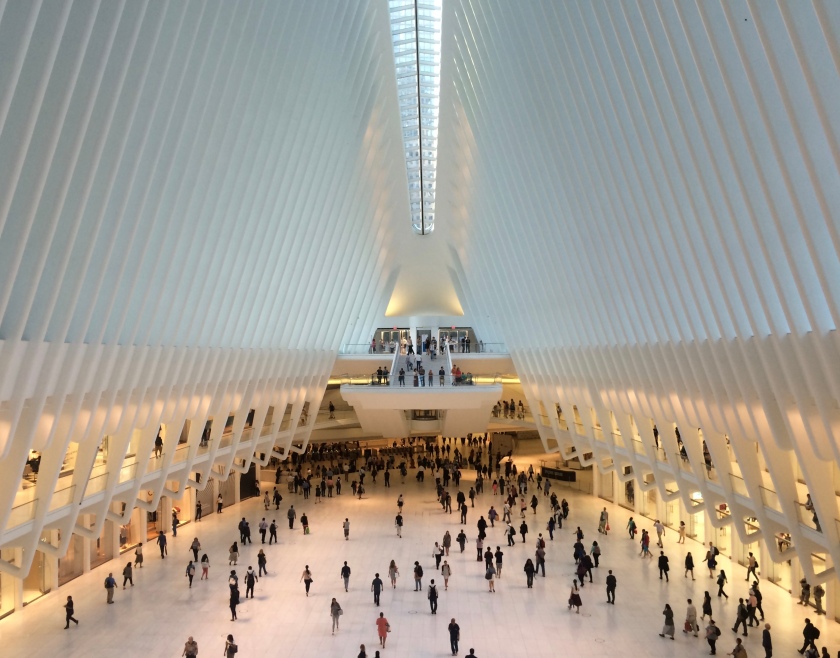 As you can see, I’ve focused on the manmade imposition of order through, among other things, architecture. Like this building in downtown Manhattan that looks (to me) like the inside of a giant dinosaur’s rib cage, but more perfectly ordered.

Not that buildings are the only way we impose order. For example, we’ve divided the globe into different sections to help with navigation. So here I am, straddling the Eastern and Western Hemispheres at the prime meridian in Greenwich.

Greenwich is full of lovely orderly things. Like the Tulip Staircase.

And the Royal Naval College. Look at that perfect symmetry. 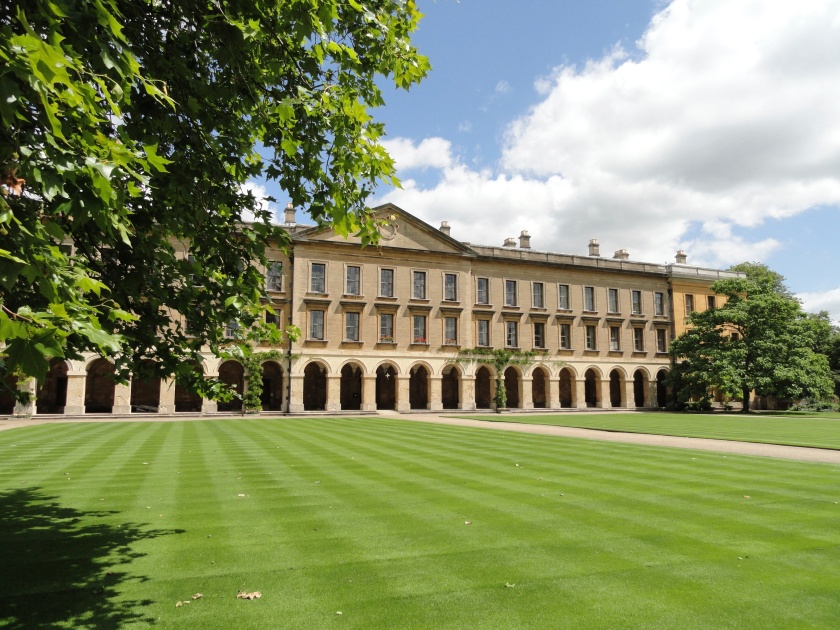 Of course nothing says manmade order better than a perfectly mowed lawn with a checkerboard pattern–like this one at Magdalen College, Oxford University.

One thought on “Order: WPC”