In case you were wondering, this is Shakespeare’s Garden in Central Park, NYC. Not, say, the garden at Shakespeare’s birthplace in Stratford-upon-Avon. (Although I have been there. See?: 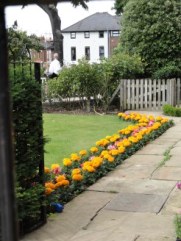 Now that was actually Shakespeare’s Garden.) 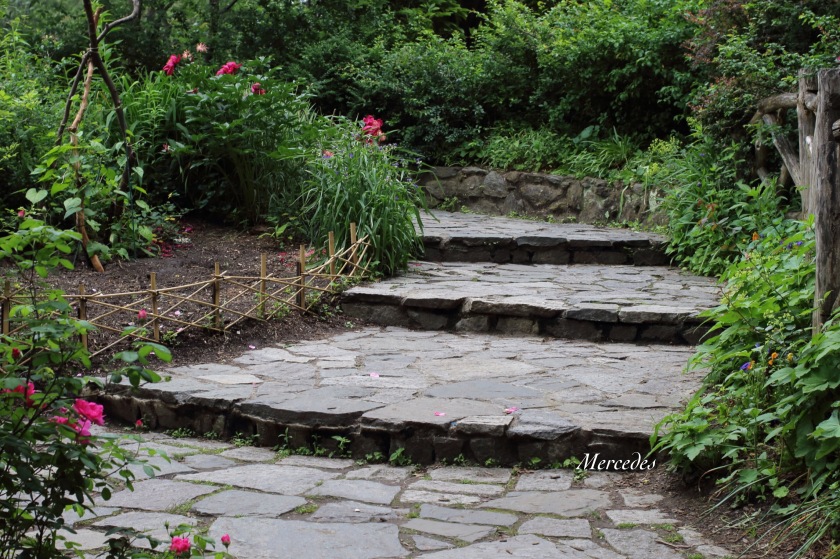 In any case, this Shakespeare’s Garden is tucked away in Central Park, nearish the W81th street entrance. It’s beautiful! 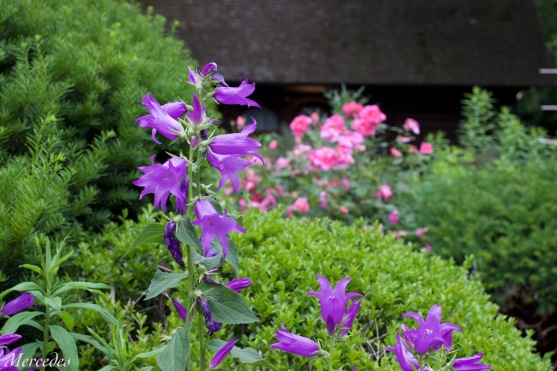 You might recognize these photos from my weekly photo challenge post on focus and depth of field. I took them here. 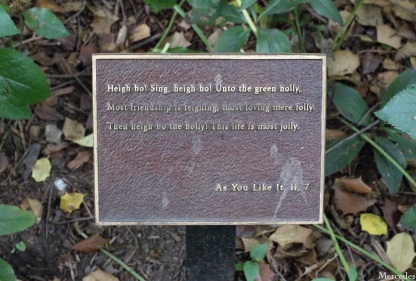 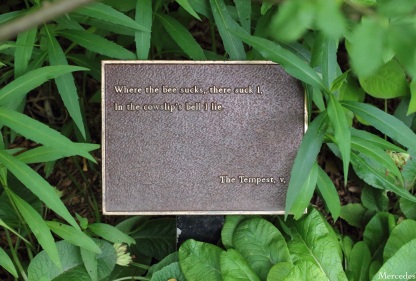 I love these little plaques scattered around with various quotes on nature from Shakespeare. Admittedly, knowing the plays and his work generally, it’s a little less romantic, but still I really like them! (And at least they had the good sense not to pick Gertrude’s beautiful description of the flowers that Ophelia was collecting when she drowned…) 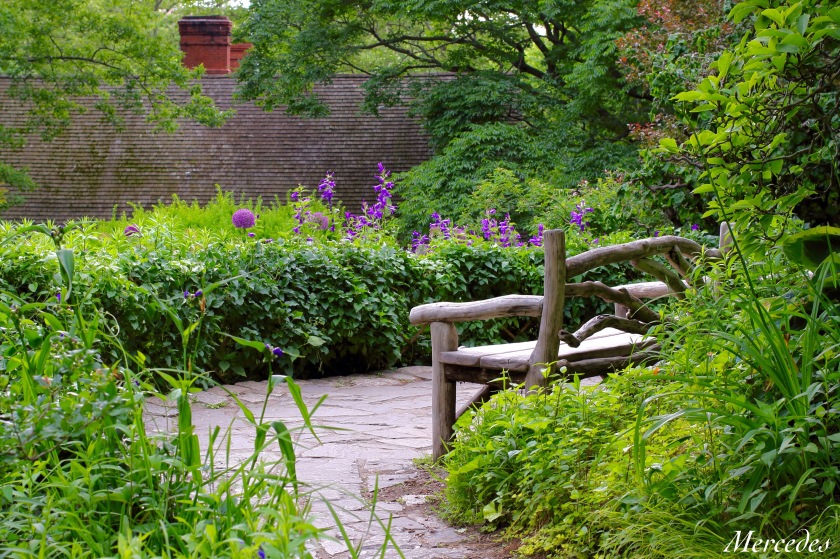 Anyway, it was a beautiful day recently, quite warm but not too humid. Partially sunny but, because it was getting late in the day, a nice ambient light rather than stark sun and shadows. Perfect photography light.

You can see that from the lack of sun on the sundial. Good thing I didn’t need to know the time. 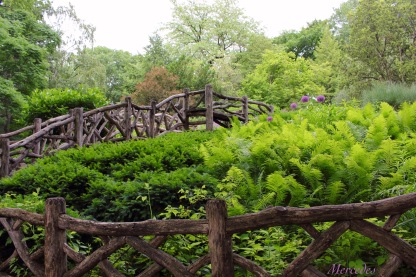 The garden is in a secluded area (well, as secluded as you can get in Central Park). It’s raised slightly and surrounded by trees in such a way that, even though the 79th St transverse is right next to it, you don’t really hear or see the city traffic.

I can’t believe that so close to a heavily trafficked road way they manage to grow such lush, beautiful plants. But I suppose they don’t know they’re in Manhattan!

Beautiful and lush generally. Unfortunately, I was a bit late in the season for the poppies; this was one of the last blooms. 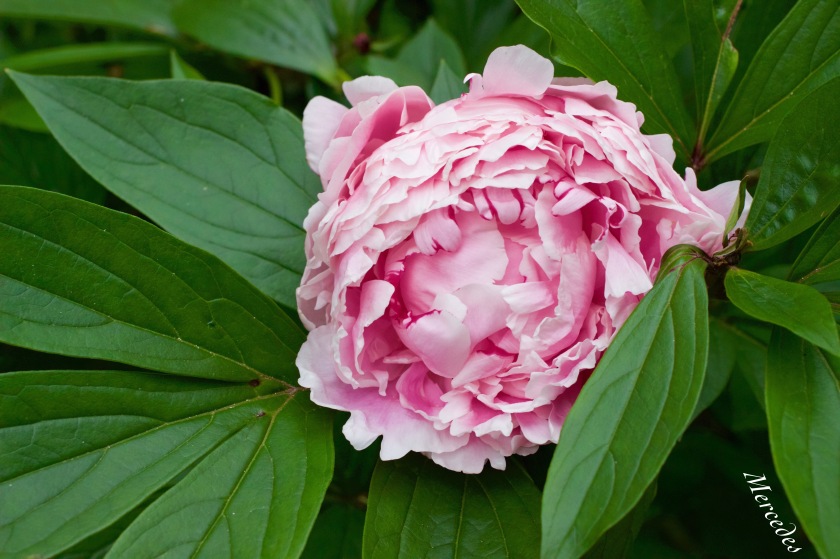 Just in time to catch the beginning of the peonies though. I love these flowers, the giant heads with hundreds of ruffled petals have always caught my eye. This one was my favorite of the day. I just love how the colors came out in the early evening light.

A double rose of some variety.

And if you’d like to stop and smell the roses, there was no lack of those either (although it seems to have been the time of year for pink roses; red and yellow ones were mainly still budding.)