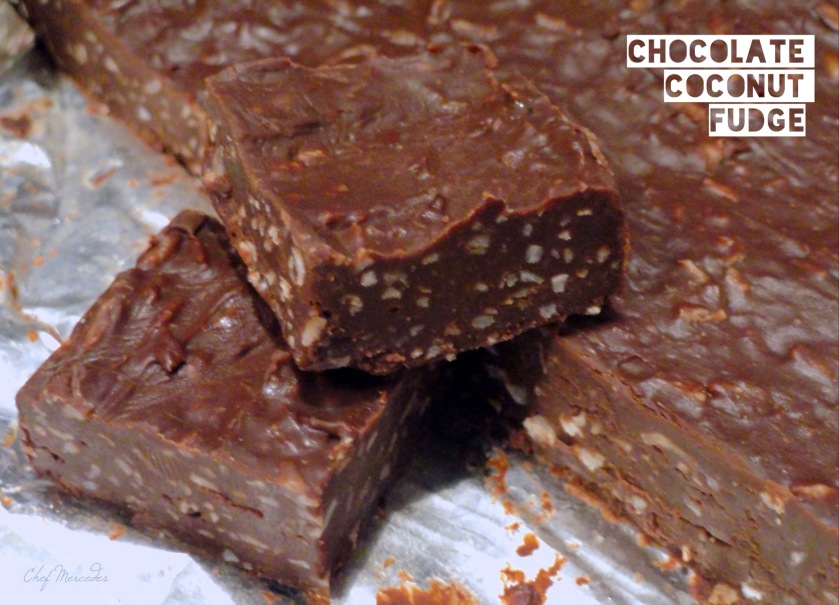 There’s something about winter that makes me crave candy. Perhaps it’s because I’m more willing to tolerate standing in a hot kitchen stirring tempered chocolate or boiling sugar when the alternative is braving the arctic temperatures of the North East. This winter it’s not actually been very cold. Just today the mercury creeped up into the mid-40s!

Plus my apartment kitchen doesn’t really lend itself to full scale candy making.

I think I might have to settle for making my ‘fake fudge.’ It’s made with condensed milk and lots of chocolate. It solidifies into something very close to fudge when it’s chilled. It’s incredibly easy and really delicious. So while it’s not quite real fudge, maybe it’s better!

That’s why today I’m throwing back to that time that I made this fudge and actually bothered to write down the proportions of everything rather than my usual throw-handfuls-of-chocolate-and-fixin’s-into-the-pot-and-hope-for-the-best method of making my fake fudge.

I love fudge but I don’t always feel like dealing with the typical candy making exercises like making cooked sugar, so I really love “fake” fudge made with a condensed milk base. I know it isn’t fudge in the strictest sense, but it is close enough. I have made this fake fudge before, but this is my own recipe (based very loosely on a Nigella Lawson fudge recipe from, I believe, Nigella Express.)

This fudge should be stored cold but it can be left out for hours, which is convenient if you want to give it as a gift. And fudge makes an excellent gift! 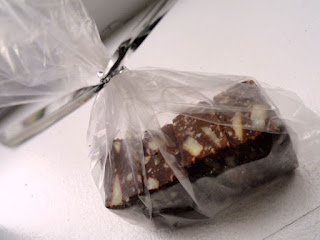